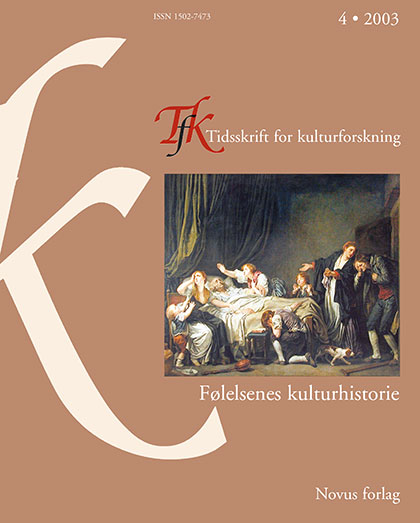 The theme of this article is love and reason in marriage negotiations in the 18th century. The relationship between love and reason is a recurrent problem in law and legal practice, as well as in comedies written by the Danish-Norwegian jurist, judge and playwright Ludvig Holberg. On the basis of these sources it is possible to outline how love was represented in the 18th century, and how a reordering of the relationship between love and reason transformed sexual and gender relations.
âââIdeally, the making of marriage was guided by reason, not love. Therefore parents had to consent to marriage, taking economic and social factors into consideration. This does not mean that love and reason were thought in opposition to each other. Rather, a happy and harmonious marriage rested on rational considerations as well as mutual feelings. The idea was that a couple of the same economic and social standing, and with the right virtues and qualities would develop love in marriage. Irrational and impulsive emotions were seen as a dangerous force that could threaten order within the family, as well as the social order.
âââIn practice, however, it was not easy to find a harmonious balance between the authority of parents and the freedom of young people. Was it legitimate for parents to force their children to marry a spouse of their choice? Was a daughter free to enter into a sexual relation before her parents had consented to marriage? At the beginning of the 18th century even a secret promise of marriage obliged a man to marry, but during this century the harmonious balance between love and reason shifted. New legal rules and romantic ideals questioned previous ideals of love as lasting and constant, a duty to be fulfilled. Even if parents continued to trust in reason, mutual emotions were assigned greater importance. These ideals made it more legitimate for men to pursue their inclinations, while women had to watch out so as not to be betrayed by their emotions and lead astray by promises.
PDF ()
Forfattere beholder opphavsretten og gir tidsskriftet rett til første publisering av arbeidet. En Creative Commons-lisens (CC BY-SA 4.0) gir samtidig andre rett til å dele arbeidet med henvisning til arbeidets forfatter og at det først ble publisert i dette tidsskriftet.