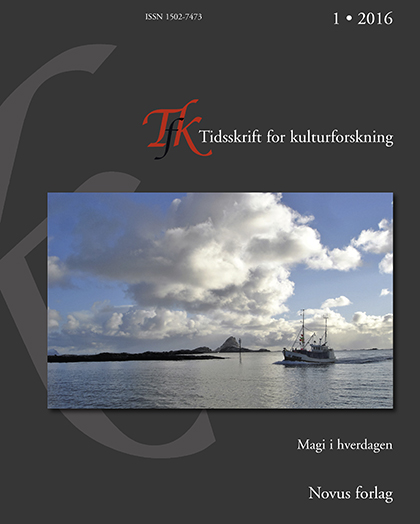 While beliefs in ghosts and the ability of the dead to interfere in the world of the living have often been seen as diverging from official theological understandings of the afterlife or scientific explanations of the physical world, many people in Denmark continue having experiences that relate to a life after death. As a result, the role of the dead has in recent years emerged as theme for anthropologists and other humanistic scholars who work in a western context. A frequent understanding in this research is that both death and the dead have become increasingly alienated from modern humans. Due to a loss of traditional beliefs the dead, who were once well-known ancestors, are now unknown and incoherent ghosts. As I want to address in this article, this opposition between a traditional and a modern understanding often seems to be based on a rather speedy reading of either histor-ical or contemporary material. Accordingly, by comparing folkloristic and present day accounts of Danish experiences of the dead I will describe how there are both some distinct similarities and marked differences between past and present appearances of the dead. As I will detail, the dead have indeed undergone a distinct corporeal change during the last centuries where they have transformed from revenants in flesh and blood to a more intangible range of single sense experiences such as smells, visions, sounds or sensa-tions. However, this bodily fragmentation has not entailed that the dead necessarily have become unknown or unintelligible. On the contrary, many contemporary accounts seem to suggest that the ghosts are in fact quite often recognized by the medium of their bodily appearances, however fragmented they are.
PDF ()
Forfattere beholder opphavsretten og gir tidsskriftet rett til første publisering av arbeidet. En Creative Commons-lisens (CC BY-SA 4.0) gir samtidig andre rett til å dele arbeidet med henvisning til arbeidets forfatter og at det først ble publisert i dette tidsskriftet.