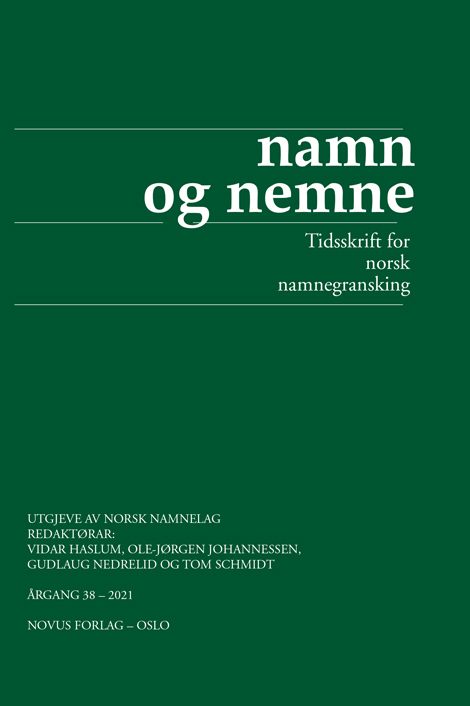 There are quite a lot of studies of names of different kinds of farm- and domestic animals. Four such studies originating in the Nordic countries all strive to establish what is the origin of the names they deal with. When it comes to names that are not stereotyped, this mostly involves trying to establish the motivation behind the name on the part of the person who gave it. What is more surprising is the strong tendency to classify the meaning of any such name into one, and only one, category.

With specific reference to names of Scandinavian trotters, and building on the hermeneutics of Paul Ricoeur as it is outlined in The Rule of Metaphor (1977) and Time and Narrative (vol. 1-3, 1984, 1985, 1988), the author argues that many such names both could and should be classified into more than one category. For example the name Ojos Del Salado (DK) should be regarded both as referring to a mountain and a volcano. Furthermore, the way the categories that are chosen and named, are to a large extent dependent on the topical corpus of names in question - not only on the intention of those who give the names and an a priori picture of the world.

RicoeurÊ¼s point of view in Time and Narrative makes it feasible to see a parallel between categorisation of meaning in such names and a narrative - specifically an historical narrative. Whereas narrative is chronological and categorization is not - they are both dependent on time when it comes to creating meaning. In both cases we construct a plot that builds on and comes after the isolated incidents or names. This plot should strive to make the entire corpus appear as much as a logical whole as possible.