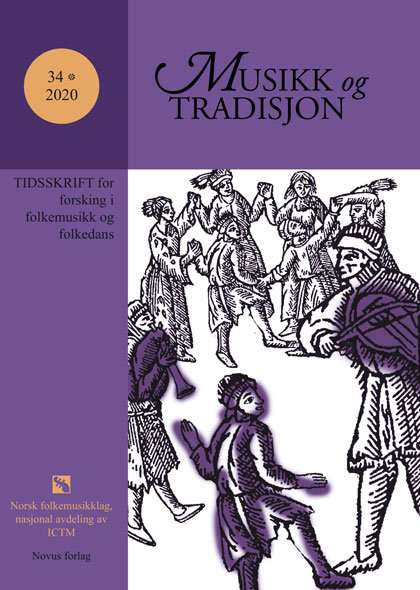 The Norwegian author Arne Garborg (1851–1924) was one of Europe’s foremost intellectuals with a production of novels, short stories, poetry and articles, covering many fields and with a vast number of readers both in Norway and elsewhere. As a young man Garborg had learnt to play the fiddle. Later on, he learnt to play the Hardanger fiddle. The Norwegian public debate at the turn of the previous century witnessed a polarization between rural and urban ideological values, and Arne Garborg became the main spokesman for the rural part. The article raises two questions: What does one actually know about Arne Garborg’s fiddle playing? In what ways did the (Hardanger) fiddle and folk music influence Garborg’s life and ideological standpoints?

This article follows two perspectives. First; music and fiddle playing seems to have been Garborg’s lifelong companions. Secondly; the Norwegianism movement, which Garborg became the main spokesman for, became a leading factor in the Norwegian public debate more or less at the same time as the Hardanger fiddle gained status as Norway’s national instrument. Drawing on different types of sources (written, graphic, and eyewitness), this article investigates the presence of music in Garborg’s life and shows that he can be regarded as a good amateur musician capable of expressing himself on both the fiddle and the Hardanger fiddle, and with a solid knowledge of Norwegian folk music. This opens for reflections regarding to what extent Arne Garborg may have looked upon folk music, folk dance, fiddle and Hardanger fiddle playing as vital parts of rural values worth pursuing for the Norwegianism movement.