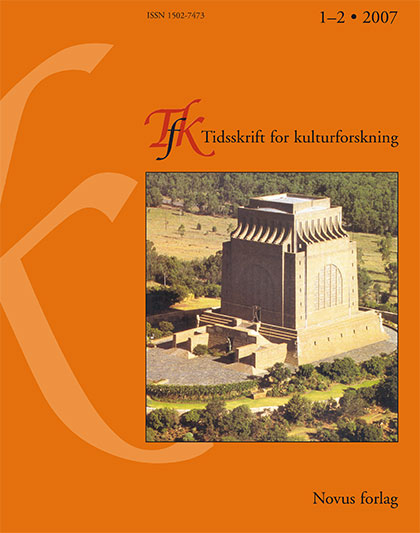 Traditional monuments are usually associated with material forms or figures which represents the persons and memorable events that are regarded as being so important that they are worthy of a place in the collective memory.  However, also the unofficial spheres of daily life are characterized with a variety of material objects, which serve, not only as carriers of memories and significant events, but also have the ability to bring into existence feelings and messages that cannot be formulated in any language.  Photographic postcards belong to this category and can be perceived as monuments at a different level. The postcards can be looked upon as a storage house of material and monumental phenomena. In postcards from the former turn of the century, we can search for facts and features which have contributed to the construction of the modern, urban landscapes.  The photos are more than material representations of places. Through his lens the photographer also directs the story of the picture. Thus, the photos can also be interpreted as the cultural monumentalizations of cities. How this happens becomes evident when we compare postcards from different periods.  Moreover, the pictures are in themselves material objects which appear as monuments of their time.  Thus, postcards can be looked upon both as a part of the place-establishing processes and as a part of the memory-carrying material which continuously preserve and create history.
PDF ()
Forfattere beholder opphavsretten og gir tidsskriftet rett til første publisering av arbeidet. En Creative Commons-lisens (CC BY-SA 4.0) gir samtidig andre rett til å dele arbeidet med henvisning til arbeidets forfatter og at det først ble publisert i dette tidsskriftet.