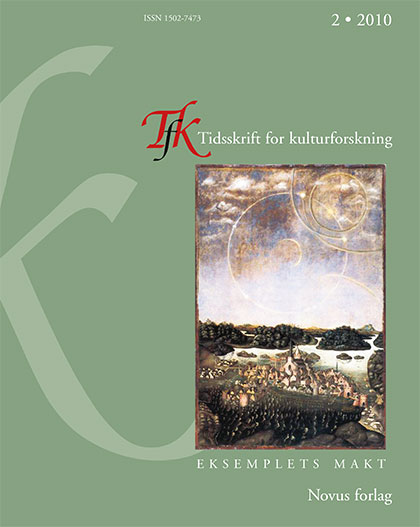 In 1755 Lisbon was hit by an earthquake that almost completely leveled the city. The news of the catastrophe spread rapidly and the earthquake was soon discussed throughout Europe. Today the Lisbon earthquake is first and foremost known through the works of Voltaire and his discussions on the theodicy. However, the dominating European understanding was that the quake was caused by the wrath of God. The catastrophe was described in terms of exemplarity, and was interpreted as a god-given token. By a close reading of one the Danish poems about the quake, Christian Henric Bierings poetiske Tanker Over Lissabons Ødeleggelse ved det uhørlige Jordskiælv paa Alle helgens Dag 1755, the article examines how the earthquake was framed as an example. By the use of examples, the poem argues for an understanding of the catastrophe as an omen predicting an imminent doomsday. By reading Biering's poem, the article explores the relationship between the early modern way of thought by the usage of examples and the readings and interpretations of omens.
PDF ()
Forfattere beholder opphavsretten og gir tidsskriftet rett til første publisering av arbeidet. En Creative Commons-lisens (CC BY-SA 4.0) gir samtidig andre rett til å dele arbeidet med henvisning til arbeidets forfatter og at det først ble publisert i dette tidsskriftet.