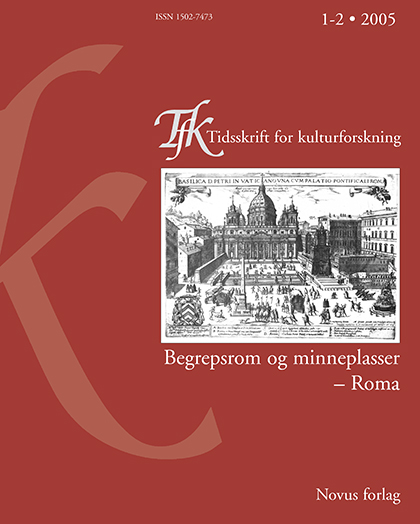 The following is a report from a research project in progress. The intention of the project is to examine how one has tried to create national consciousness in three different countries (Norway, Greece and Italy) by using a postulated cultural particularity as that which constitutes national identity. The work of Anthony D. Smith is central in the extensive international literature on nation and nationalism. Smith sees culture as an important factor in the nation building process. The present paper sets out to examine to what degree, and if Italy at any particular moment in its history really has constituted a "nation". Because of its focus on the cultural dimension, it is therefore natural to use Smith's conceptual apparatus. By a comparison of the different phases Italy has passed through based upon Smith's definition of, and criteria for, "nation", the paper shows that the concept of "nation" in Italy has changed from the 1860s to the present. On the one hand, the paper, by its comparative use of Smith's analytical concepts, shows the value of his contribution. On the other hand, the paper also concludes that it is necessary to supplement the content of his concept of "nation", and that this will make it possible to show the changes that the concept of "nation" has passed through historically. The paper demonstrates that these changes are intimately connected to the forms that nationalism takes in different countries.
PDF ()
Forfattere beholder opphavsretten og gir tidsskriftet rett til første publisering av arbeidet. En Creative Commons-lisens (CC BY-SA 4.0) gir samtidig andre rett til å dele arbeidet med henvisning til arbeidets forfatter og at det først ble publisert i dette tidsskriftet.