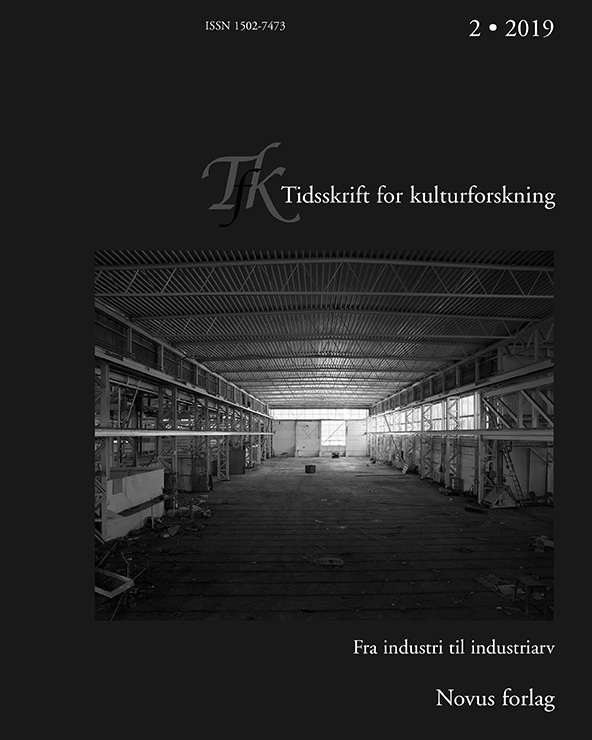 Industrial heritage supposedly offers workers a right to a past and has therefore been celeÂ­bÂ­rated as democratic. Authorities continue to applaud democratization, supporting and encouraging heritage for all, in an open and non-excluding sense. Examining the concept of democratic industrial heritage, this article explores connections between heritage and identification in a major industrial heritage site in Southern Norway. It investigates how implicit and seemingly under-communicated boundaries between self and Other are negotiated on the ground when local people's history and environment become world heritage.

In the early 20th century, a major industrial complex was established in the upper regions of Telemark. After securing rights and access to local natural resources, the company Norsk Hydro was soon developed into a major producer of artificial fertilizer, driven by hydroelectric power. A century later, and some two and a half decades after the enterprise had shut down and relocated all chemical production, the early history and physical remains of the local indusÂ­try was awarded UNESCO World Heritage status in 2015. Ethnographic data collected within the Rjukan-Notodden industrial heritage site between May 2017 and December 2018 demonstrates that so-called heritage communities are far from stable. Heritagization processes not only produce heritage and heirs. World heritage, especially, also produces a series of stages, arenas, situations and debates. Here, identities are mobilized in different constellations according to changing political circumstances. Heritage communities thus constantly shift as members and heirs populate the democratic world heritage's less visible, yet constituent, Other with new social groups - often opponents in the politicized situations that heritagization processes provoke. Heritage, then, becomes resource and raw-material for strategic identity construction on the wide variety of arenas that heritagization generates.