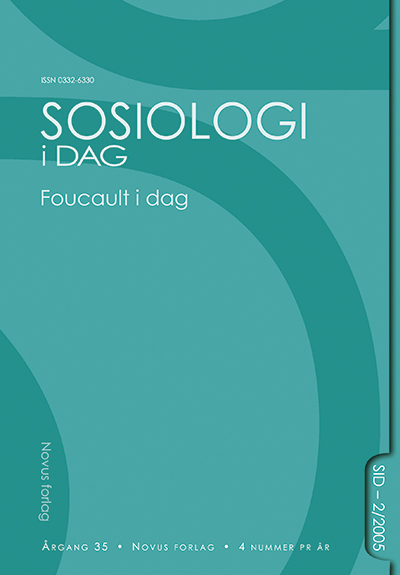 It is common knowledge that during the last phase of his life, Foucault was intensively occupied with studying texts from the period of the Greek-Roman antiquity, as part of the lifelong project he himself termed " ÃƒÂ¢Ã¢Â‚Â¬¦ the history of 'veridictions', understood as the forms according to which discourses capable of being declared true or false are articulated concerning a domain of things". His intention with these studies never was to write a history of truth telling that any truth is historically conditioned. Rather, his motive was to understand why "there is so little truth in truth", as he once expressed it. Departing from a recently published edited version of a series of lectures on the concept of parrhesia (fearless speech), which Foucault performed during the fall 1983, one year before his death, this article presents some of the main topics of the works of the late Foucault.

Keywords: Fearless speech; technologies of the self; aesthetics of existence; truth

Authors who publish with this journal agree to the following terms: