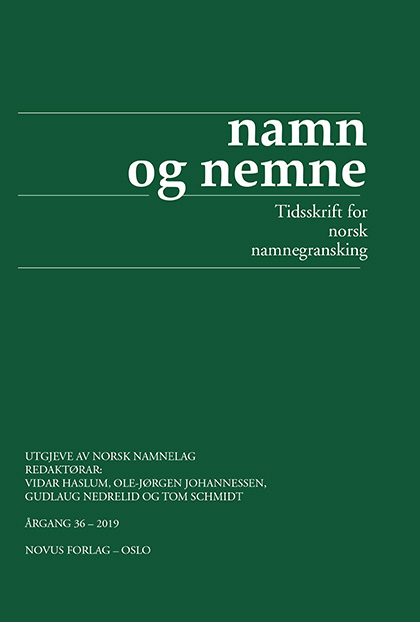 This article presents new explanations for the following names: Godøya in Sunnmøre, Western Norway; Jomfruland on the Norwe-gian Skagerrak coast, Jungfrun in Kalmarsund, Sweden; and Lan-degode, which has been used about three separate Norwegian is-lands: the mentioned Jomfruland; Svinøya north of Stad, Western Norway; and Landegode near Bodø, Northern Norway. The tradi-tional explanation is that the three Landegode islands together with Jungfrun are particularly dangerous places within the coastal wa-ters and that the names are placating names that were used in order to appease the powers thought to reside there and let sailors pass without any trouble. However, the claim that these islands are dan-gerous places does not stand up to scrutiny. What distinguishes them, together with the island of Godøya in Sunnmøre, is quite the contrary: They are natural navigation marks surrounded by clear waters, free of skerries and reefs, so that sailors are able to steer towards them in order to avoid any sub-surface dangers. This must have been invaluable in times before sea charts, compass and more advanced navigational aids. My suggestion therefore is that the name Landegode, 'the good land', is to be understood literally: The three Landegode islands are places that are good, in the sense of helpful, for sailors. The name Godøya in Sunnmøre, derived from Guðey 'god-island', is, I believe, to be understood in a similar way - the difference being that, here, the easy approach from the sea was considered so useful that it was linked to the gods. Regarding Jomfruland 'Virgin-Land' and Jungfrun 'The Virgin', my suggestion is that a wordplay is at issue: These islands are either flanked or surrounded by clear waters, which in Norwegian and Swedish is Namn og nemne 2019 5.qxp_Layout 1 12.12.2019 12:29 Side 47 expressed as 'clean waters', while virgins were said to be 'clean' in former times.