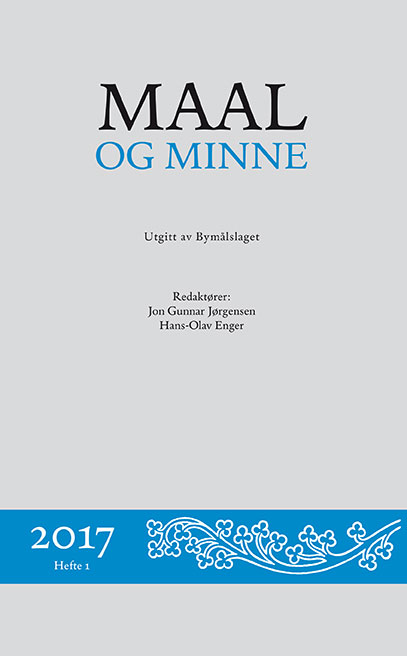 This article addresses changes in Norwegian greeting rituals during the last century seen from two viewpoints: First, an article in Maal og Minne (Lundeby 1995) against the answers to a questionnaire on greetings and address forms conducted by Norwegian Ethnological Research (NEG) in 2008. Secondly, the claims from the NEG corpus are tested against a modern text corpus with a wider age distribution. Using linguistic theories from semantics and pragmatics, the study finds that, with some exceptions, greetings with a semantic content related to religious belief, situation, task and time are replaced by greetings that are similar to primary interjections in that they no longer carry descriptive meaning. Because of that, they function as short, quick and context-free greetings to anyone, even to strangers, which makes it questionable to what degree they increase relational intimacy as claimed by Lundeby. The new greetings are described as empty, superficial and informal by the NEG-informants; the reasons for this, however, are thought to be their lack of the information, formality and tradition that the older greetings possess.
PDF ()