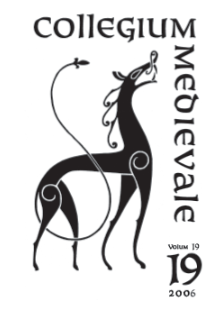 In 1905-1916 excavations were carried out in the lake Boring and the timber castle of Boringholm was found. The stronghold was erected on an artificial islet made up by timber and manure. No thorough publication has been presented until this day. The result is a well-written book with 18 chapters, nearly 300 illustrations and an extensive catalogue covering the find material from Boringholm. The findings are extraordinary, especially organic material such as furnishing, textiles and shoes.

The general critique sets out on the fact that the authors do neither discuss gender nor theory. Things taken for granted are for example that the castle was erected in a context of male power and that women only did traditional labour (pp 279, 290-91). On the subject of theory the English debate on landscape archaeology and castles, i.e. Matthew Johnson and his work on castles (2002), is particularly lacking. A book like Boringholm is however meant to last for many decades and one can understand why a certain reluctance on the interpretation colours the publication. Archaeologists and cultural historians with interest in the west European middle ages have nevertheless been bestowed with a book which often will be read and referred to.