Names and prayers: Expressions of self in the medieval inscriptions of the Nidaros Cathedral walls 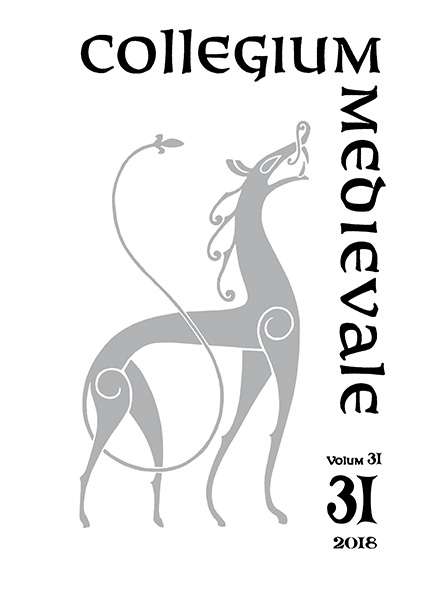 My aim with this article has been to discuss what kinds of selves are displayed in the medieval runic and Roman alphabet inscriptions of the Nidaros Cathedral walls and pillars. I have sorted the inscriptions into five categories based on their contents and structure, and analysed them using insights from cognitive theory in order to see how the selves of the agents behind the inscriptions are portrayed. I argue that the inscriptions must be interpreted within the context they belong to, and that this indicates that most of the inscriptions should be interpreted as religious. We also have a few indications in the inscription material that this was how the inscriptions were perceived in the Middle Ages. This tells us that the carvers, by carving in the cathedral, implicitly expressed a religious sense of self. At the same time, some carvers clearly wanted to express something more, or something else, showing that carving in a church did not necessarily only express a religious identity.
PDF ()
Forfattere beholder opphavsretten og gir tidsskriftet rett til første publisering av arbeidet. En Creative Commons-lisens (CC BY-SA 4.0) gir samtidig andre rett til å dele arbeidet med henvisning til arbeidets forfatter og at det først ble publisert i dette tidsskriftet.

PhD fellow at the Norwegian Institute for Cultural Heritage Studies and the Department of Linguistics and Scandinavian Studies at the University of Oslo. She is affiliated to the NFR funded project The Self in Social Spaces, and works on a PhD on the self in medieval monumental epigraphy and graffiti in Scandinavia.