A Provençal Holy Land. Re-reading the Legend and the Sites of Mary Magdalene in Southern France 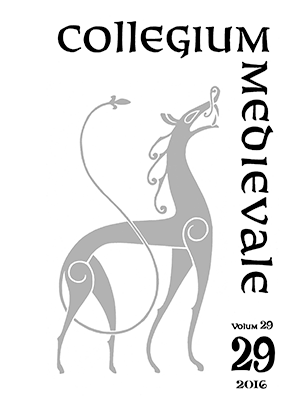 This paper examines the pilgrimage experience of pilgrims to Mary Magdalene's and her companions' sites in Provence during the Middle Ages. The author analyses the creation of the cult and the elaboration of a 'holy geography' in Provence based on medieval vitae about the legend of the saints. Sites associated with the saints became part of a wider narrative in which the topography was constructed to 'ventriloque' Palestine. This development led to similarities in the pilgrimage experience in both regions. Through an analysis of pilgrimage accounts, the author argues that pilgrims in both Provence and the Holy Land interpreted the topography through the prism of the texts that they were reading, the vitae for the former and the Bible for the latter. This shared scriptural basis established certain parallels in the pilgrimage experience at each destination and, as will be examined, contributed to constructing Provence as a post-biblical holy land where the life of Mary Magdalene and her companions could be tangibly experienced.

But while nature and history have done much for Provence, perhaps religion has done even more. There are places blessed from the beginning of time which are lost in the mists of time. Egypt saw the birth of Moses; Arabia still burns with lightning from Sinai, and the sand of its deserts has retained the footprints of the people of God, the Jordan divided before this same people and, from the cedars of Lebanon to the palm trees of Jericho, Palestine would hear and see things that would be the eternal preoccupation of humanity. The Son of God was born on these sea shores; there his Word instructed the entire world, and his blood flowed so as to save it. Rome, in its turn, Rome, the heir of everything, received into its walls the legacy of Christ, and its amazed Capitol lent itself to the chaste ceremonies of victorious love, after having for a long period served the bloody triumph of war. There, above all, are the places religion has consecrated, the holy places, those one could believe belonged to heaven rather than to earth. And yet a part was reserved to Provence in this distribution of divine graces attached to the earth, a unique part, and one like the last imprint of the life of Jesus Christ among us.
PDF ()
Forfattere beholder opphavsretten og gir tidsskriftet rett til første publisering av arbeidet. En Creative Commons-lisens (CC BY-SA 4.0) gir samtidig andre rett til å dele arbeidet med henvisning til arbeidets forfatter og at det først ble publisert i dette tidsskriftet.